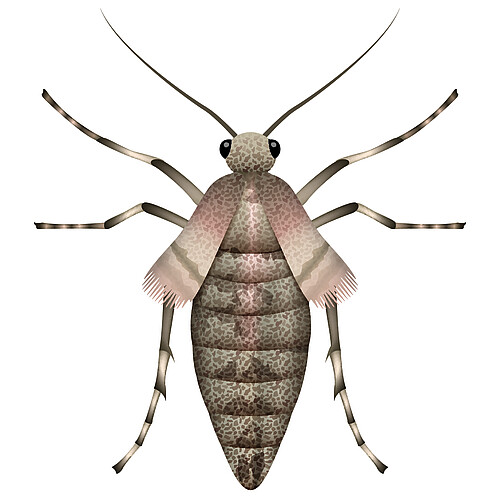 Mating and egg laying on trees in autumn, caterpillars hatch in spring, pupal period in summer in the ground, moths hatch in autumn

One generation per year

Flower buds and foliage of fruit trees and other deciduous trees

Destruction of flower buds, weakening of trees by loss of foliage

Moths belong to the largest insect order of butterflies (Lepidoptera = ‘scaled wings’), of which there are around 150,000 species worldwide. It’s common for all butterflies to go through desquamation (in particular, their wings) and to go from wingless caterpillars through the pupal period to a fully grown butterfly.

Adult moths typically hatch from pupae buried in the ground after the first frost in autumn.

There are many different species of moth. Mottled umber moths and winter moths are usually only found in fruit trees.

The male moth’s wings are usually grey-brown in colour with dark wavy lines. Females only have wing stubs and are not capable of flying.

The moths typically hatch after the first nights of frost in autumn. To reproduce, the inconspicuous, flightless females crawl along tree trunks to the treetops where they attract males using attractants (pheromones). The females lay eggs individually on the trunk and in bark recesses. The eggs are orange and measure approx. half a millimetre in size.

When leaves appear in spring, small caterpillars hatch and then begin to eat right away. In the case of a lack of food, the caterpillars can suspend themselves from a thin, silky thread and then drift through the wind to other trees, allowing them to also reach nearby trees and bushes which have not been infested yet.

Caterpillars crawl down a thread usually at the end of May. They dig about 10 cm deep into the earth and pupate. Grown moths then appear in autumn.

Attaching glue band to fruit trees helps to achieve good results in reducing moths. The flightless females are stopped on their way up trees. The glue band has to be attached to trees before the first frosty nights in mid-September.

The glue band must be firmly attached to trees so that moths can’t wiggle their way through from below. In the case of old, cracked bark, the surface must be smoothed down before the glue band is attached. Support piles, etc. on which moths can climb must also be equipped with a glue ban.

Pesticides may also be used in the case of massive infestation in the previous year.

For fruit and ornamental trees